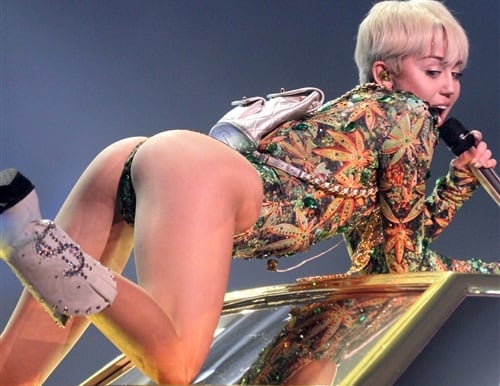 Miley Cyrus perfectly lampoons degenerate American culture in these 33 epic photos from the opening date of her “Bangerz” tour.

Of course all these brilliant analogies went right over the heads of the infidels in attendance, but perhaps that is the most genius part of Miley Cyrus’ show… in the end the audience stands exposed as the most depraved thing of all.