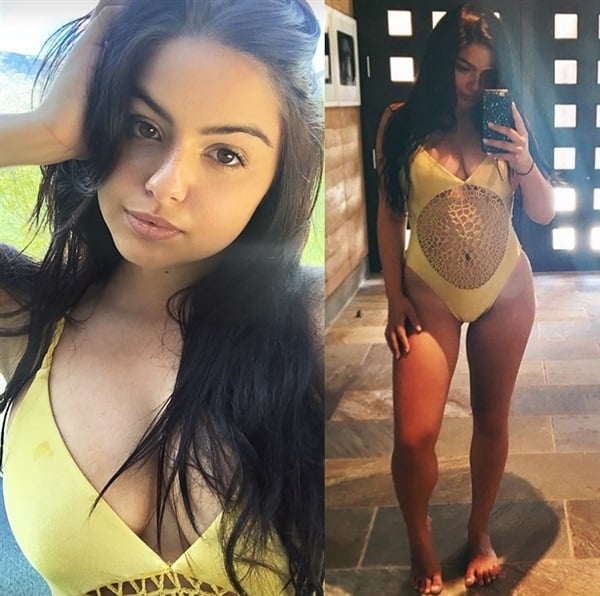 18-year-old “Modern Family” star Ariel Winter flaunts her big teen tits in a yellow swimsuit on Snapchat in the photos above and video below.

Snapchat is certainly one of the most Satanic inventions in the history of mankind, and the creators of this cursed app will surely burn in the hottest portion of the hellfire for all eternity. For not only does Ariel Winter whore herself on the platform in photos and videos such as these, but busty teens from all over the world are also constantly exposing themselves over Snapchat.

In fact, just thinking about the sheer volume of sinful female nudity and sexual expression that gets sent over Snapchat enrages us pious Muslim men. When Iranian scientists finally figure out how to suicide bomb an app, you better believe we are going to blow Snapchat to kingdom come. Then Ariel and her fat milk sacks will have nowhere to perform their immoral displays of shallow validation seeking. Praise be to Allah!