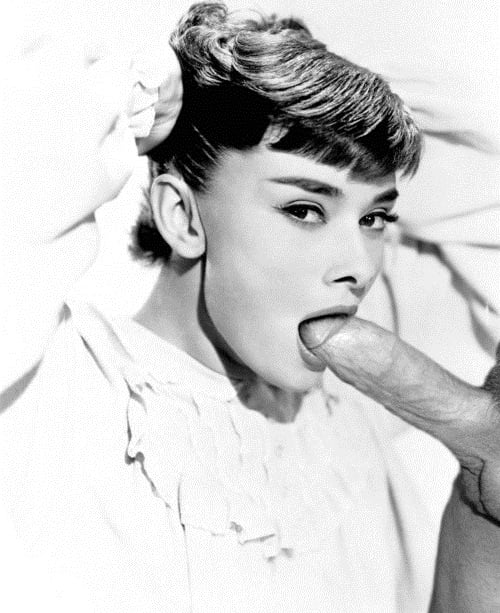 It appears as though a long lost photo of Hollywood icon Audrey Hepburn sucking a man has just been uncovered.

Audrey Hepburn is considered by the infidels to be the epitome of class, and this photo of her holding her hair back while she works a meat pole will almost certainly do nothing to change that perception.

Even though it has been revealed that Audrey Hepburn was a shameless c*ck sucker, the infidels will fail to cast righteous judgement against her as they lack in a moral backbone. Thankfully us Muslims have the strength to declare Audrey Hepburn a whore who is now certainly roasting in the eternal hellfire.