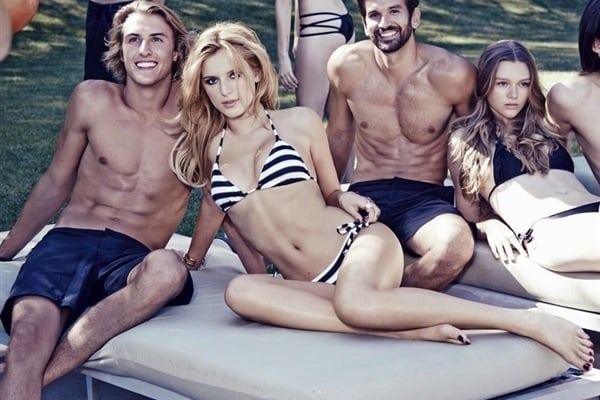 In just three short weeks Bella Thorne will be turning 18-years-old and that means that this is her absolute last chance to procure potent Islamic man seed, before she is considered an old shrew with a dried-up uterus who is no longer sexually desirable to us virile Muslim men.

Of course being a former child star in heathen Hollywood, Bella does not understand the urgency of her situation, and has instead decided to completely embrace degenerate Western culture by getting gangbanged by a group of homoqueer guys (and a couple of girls) next to this pool. Unfortunately for Bella this foolish act of sluttery was the last straw and the Islamic High Council has now declared her haram, and so she will never know the unimaginable pleasure that can only come from getting her teen nether regions pounded out by a powerful Muslim meat scud.