Model Cara Delevingne appears naked from the waist down to show off her “lady garden” in the video above.

Apparently Cara is flaunting her sin flower to raise awareness about the stank puss epidemic sweeping the Western world, which as a blasphemous lesbodyke is an issue near and dear to her heart… and mouth. 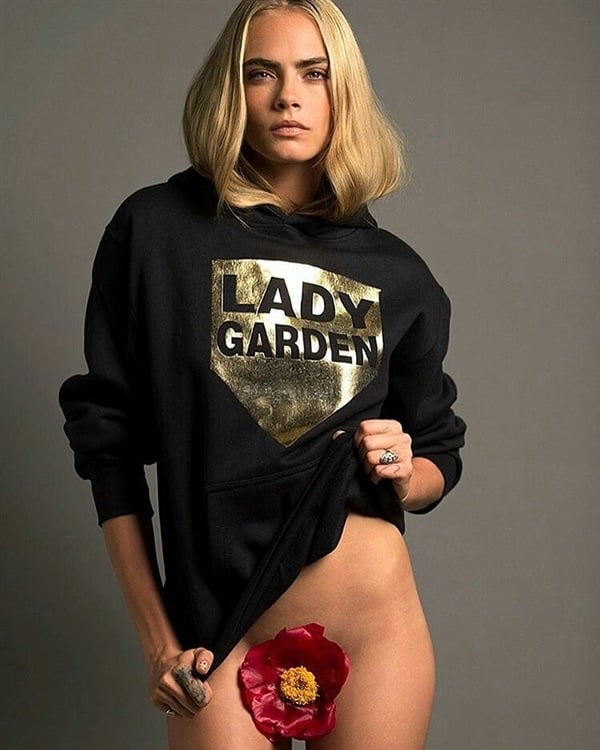 Of course us Muslims see nothing wrong with Western whores contracting cunt cancer and dropping dead, as it is a punishment from Allah for their degenerate lifestyles (like all cancers). If these women weren’t constantly getting their cock caves vigorously penetrated by filthy dirt skins and lesboqueers with stap-ons like Cara Delevingne then they certainly would not have been inflicted. 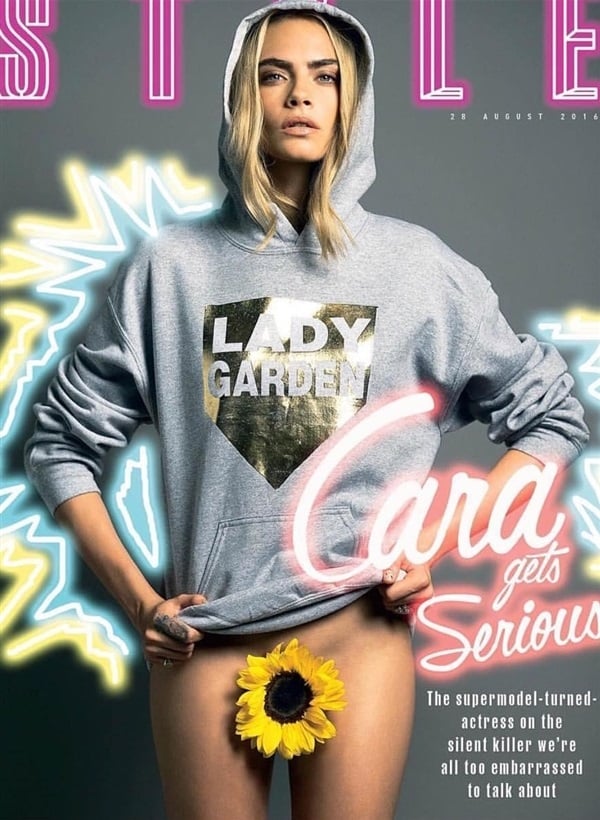 Yes Cara Delevingne can display her rotten crotch with flowers over it until the goats come home, but she will not get us pious Muslims to feel one iota of sympathy for cancer patients, or trick us into thinking her pussy doesn’t stink like wet garbage and that we should pollinate it.