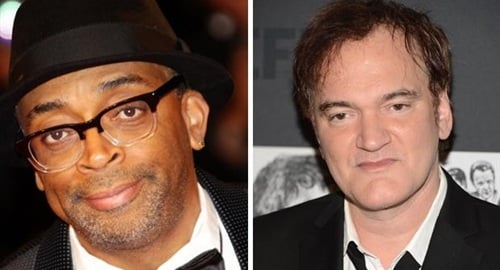 The feud between directors Spike Lee and Quentin Tarantino is heating up as Spike told reporters that Quentin Tarantino’s new film “Django Unchained” was “disrespectful” to his ancestors because it features use of “the n-word” some 109 times.

In response to Spike Lee’s comments an angry Tarantino told reporters that,

” Spike Lee is a weak ass nigga. I am a real nigga. Niggas in my hood know dat I don’t play with niggas. I straight up kill niggas.

I always got my tool nigga. If dat nigga Spike Lee shows his face around here it will be chitty chitty bang bang all day nigga.

You feel me nigga?”

It sounds like the beef between Quentin Tarantino and Spike Lee just went to a whole new level, and that sh*t is about to get real between these aging millionaire Hollywood directors.