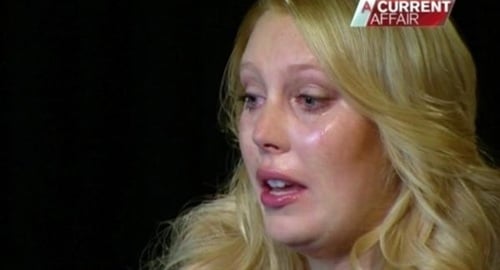 The Australian DJ who famously prank called Kate Middleton in the hospital has committed suicide.

Radio personality Mel Greig had been battling intense media scrutiny after Jacintha Saldanha (the nurse who answered Mel’s prank call) took her own life shortly after the incident.

Perhaps unable to come to terms with what her silly on-air antics had wrought, a distraught Mel Greig threw herself to a pack of wild dingos while out herding kangaroos on her family’s ranch.

With the nurse and now the DJ dead, this puts the Kate Middleton baby body count at two. However, it is certain that many more will die as a result of this cursed devil’s spawn that the British royal family is unleashing upon the world.