Emily Ratajkowski Showing Off Her Tits And Ass In France 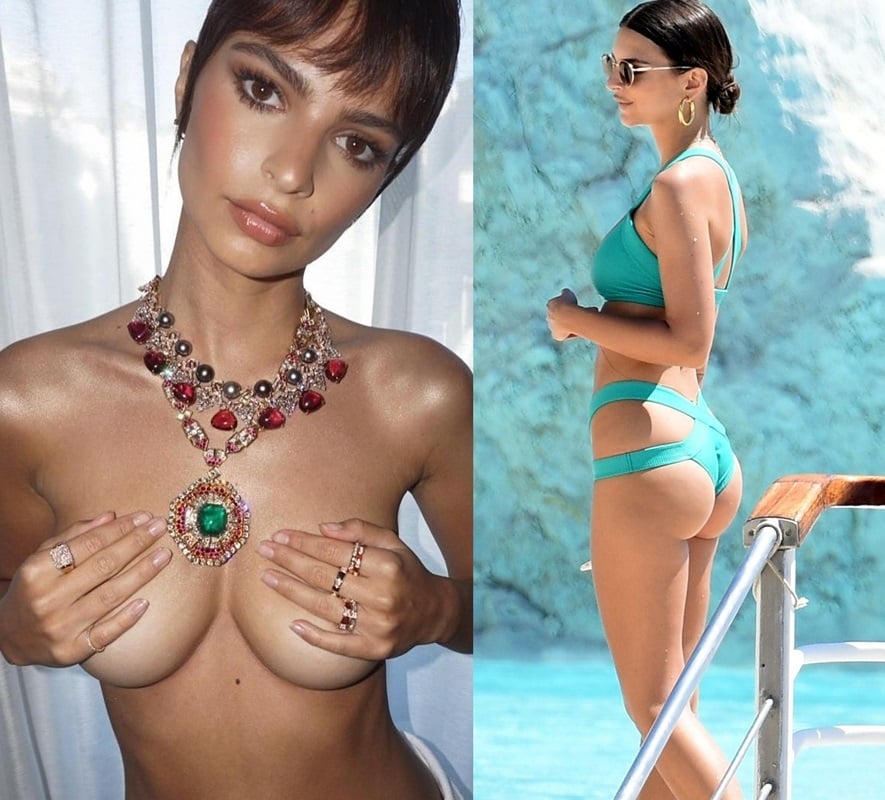 It is that time of the year again when celebrity sluts like Emily Ratajkowski flock to the south of France to whore their bodies at the Cannes Film Festival.

Of course the Cannes Film Festival is just an excuse given in the fake news mainstream media for what these celebrity strumpets are doing in France. For with its close proximity to the teeming hordes of virile Muslim men across the Mediterranean in North African, Cannes serves as a stage for women like Emily Ratajkowski to flaunt their feminine wares in the hopes that us powerful Muslims will do them the honor of stretching their orifices with our massive manhoods.

With that in mind these Emily Ratajkowski photos make perfect sense, as she showcases her two greatest assets her bulbous round rump and bountiful breasts. Unfortunately by wearing a bikini like this Emily is going to end up with some pretty awkward tan lines. As a fashion model Emily should know better, and that there is one tried and true way of not only enticing us Muslim men but also ensuring that she gets no tan lines while out in the sun… of course I am talking about wearing a full burka.