Exclusive: The Kardashian-Odom Wedding Was Faked 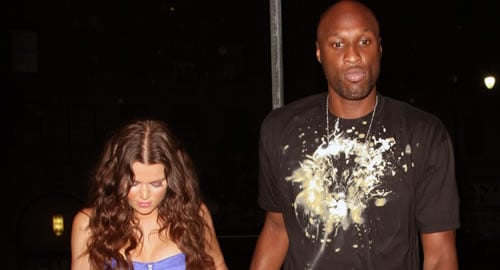 It was the wedding of the year, with a who’s who of Hollywood celebrities and basketball VIPs in attendance. But there was just one problem; the wedding of Khloe Kardashian and Lamar Odom was faked, CelebJihad can confirm.

The couple has yet to produce the bloodstained bedsheets from their wedding night. Sources close to the couple have stated that this is because Kardashian was in fact not a virgin at the time of her marital ceremony, making the union completely null and void in the eyes of Allah.

It is believed that Odom was aware of his bride’s non-virgin status and went ahead with the sham as part of an orchestrated publicity stunt. However, at least one source has told us that Odom was in the dark on Khloe’s impurity. If this is the case, Odom is well within his rights to have Kardashian stoned in a public setting. Due to public interest in such an event the stoning would most likely be held at the Staples Center, where Odom plays for the Lakers, or the Disney Concert Hall in downtown Los Angeles.

When asked if he would be interested in creating a show about the possible stoning death of Khloe, “Keeping Up With the Kardashians” producer Ryan Seacrest said, “I’m seriously thinking about it,” according to People Magazine.