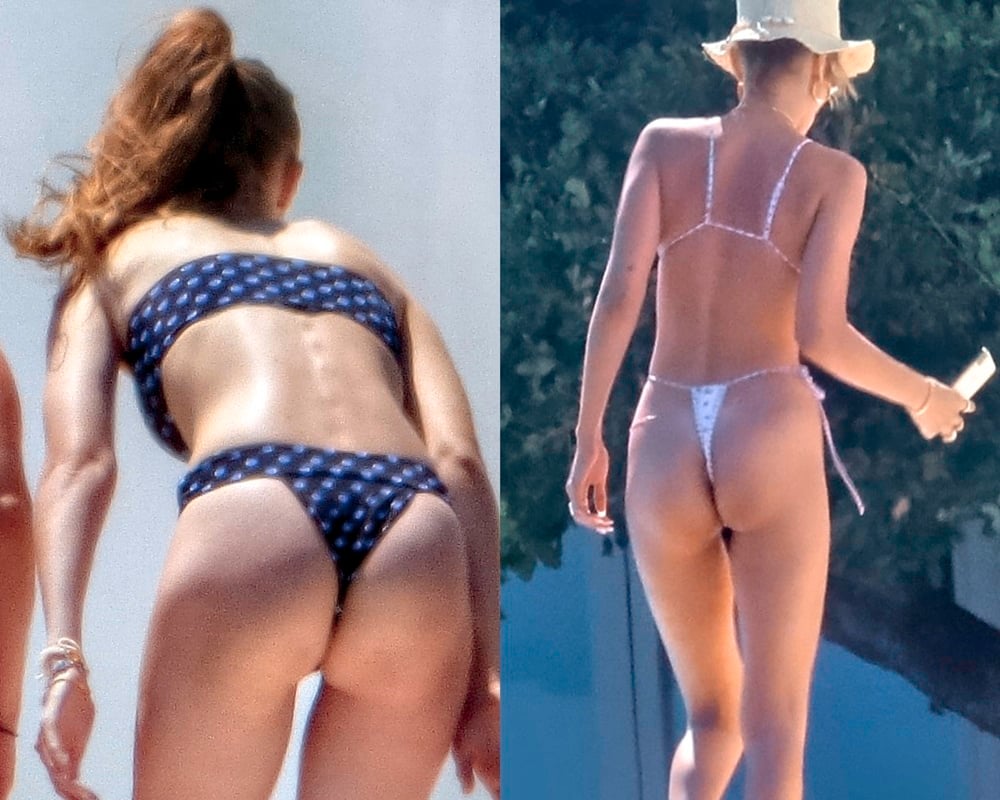 First up we have older sister Gigi Hadid who displays her frumpy flabby fanny in a blue and white polka dot thong bikini in the photos above. In response, younger sister Bella Hadid put on a tiny string bikini while walking around aimlessly photographing trees in the pics below.