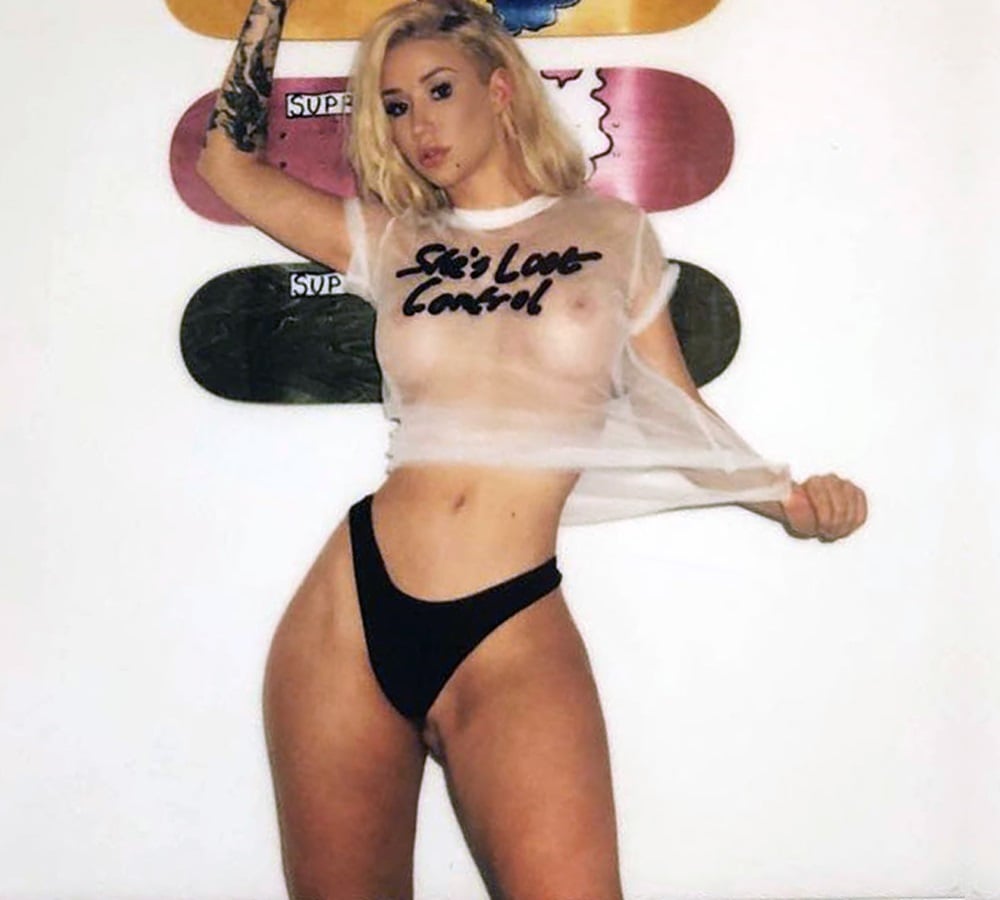 As rapper Iggy Azalea continues to struggle to come to grips with the fact that her music career is over, her unhinged whoring reaches a new level as she shows her tits in a see through t-shirt above, and twerks her grotesque booty cheeks with a long rambling caption in the video clip below.

Iggy has far more booty than brains, so she still can not figure out that the Zionist music industry used her to promote their degenerate race mixing agenda and have now moved on. Instead Iggy believes that she must double down on the depravity, and force herself to do even more “ratchet shit” to regain the spotlight.

Yes, as Iggy becomes more and more irrelevant she will no doubt ramp up her futile ratchetness, until eventually she succumbs to crippling depression and puts a bullet in her head.

Of course it doesn’t have to be that way, for it is not too late for Iggy to do the honorable thing and stuff her bulbous butt cheeks with C-4, and then waddle it into an LA synagogue for a final explosive performance.