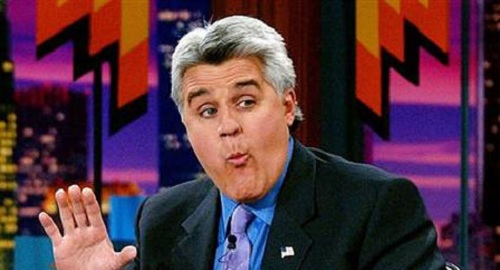 Funny man Jay Leno has done it again with another hilarious joke at Conan O’Brien’s expense. During an interview with noted Mossad agent Joy Behar, Leno claimed that both he and Conan “got screwed” by NBC. But just hours later, Leno explained that it was an April Fool’s joke, and that clearly Conan was the only one who got screwed.

“Obviously I was kidding, since I didn’t get screwed at all,” said Leno. “I got my show back, I’m number one in the ratings, things have never been better.”

Added Leno, “I’d have to have some really huge balls to come out and pretend I was somehow a victim. Can you imagine? Anyway, gotcha!”