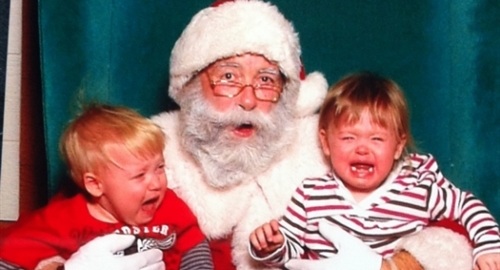 Due to the prospect of mounting legal bills, former Penn State defensive coordinator Jerry Sandusky announced he was coming out of retirement to begin a new career as a shopping mall Santa Claus.

Sandusky is the perfect candidate for the job of mall Santa as his enthusiasm for having kid’s on his lap is unrivaled, so it comes as no surprise that a mall in Allentown, PA was quick to snatch him up. However, Jerry did have some demands including the use of a private shower, that his Santa pants be made out of silk, and that there must always be a ratio of 3 boys to every 1 girl sitting on his lap.

One can not help but root for Jerry Sandusky after he was unjustly crucified by the Zionist controlled media simply for sodomizing children. The Qur’an is very clear that sex with young boys is blessed, as it states in the book of Ja’far chapter 6 verse 12, “women are for breeding, boys are for fun”.

Think about it if Allah did not want men like Jerry Sandusky having sex with kids why would he make boys so hot and tight? Allahu Akbar!