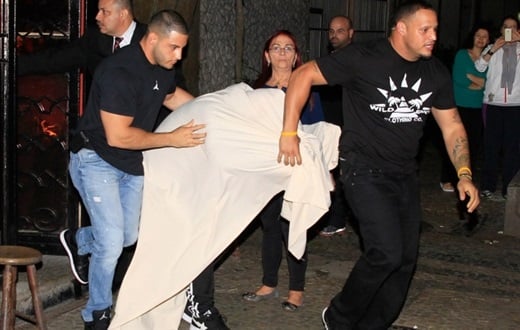 Justin Bieber was photographed trying to sneak out of a brothel in Brazil yesterday.

Clearly Justin Bieber did not want his whereabouts known as his security team covered him with a bed sheet as he rushed out of the the popular whorehouse Centauros in Rio de Janeiro. One of Justin’s handlers even went as far as spraying photographers with water to try and prevent them from taking pictures. 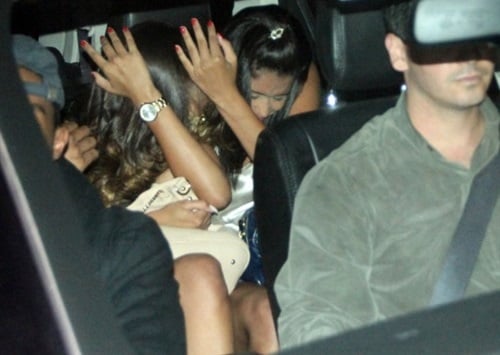 According to witnesses the 19-year-old pop star spent more than three hours in the brothel before leaving with two women who were put in an SUV and escorted back to his hotel (for what purpose is still unclear).

There is no word yet on how long Justin Bieber will continue working at this Brazilian brothel, or how much he is charging his clients to violently pound his gaping homo anus. However, we will continue to follow this story as it develops.