Justin Bieber Is A Gun-Toting Gangsta 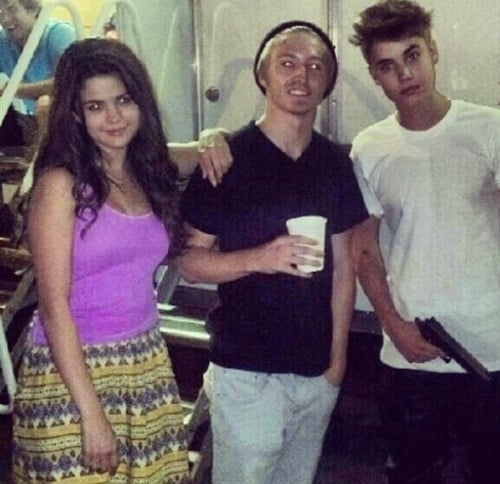 Pop star Justin Bieber poses with his favorite piece, Selena Gomez, and his gun in the photo above.

In the West Justin Bieber is considered to be the epitome of masculine toughness. Which is to say that he is not THAT ticklish, and he doesn’t flinch when taking his boyfriend up his back hole.

To protect his reputation Justin Bieber must carry a gun. Bieber never knows when someone will “step to him” and he’ll have to take out his gat, stick it to that chump’s head, and suck his dick hard to show him who is boss. The gangsta life in heathen America isn’t easy.