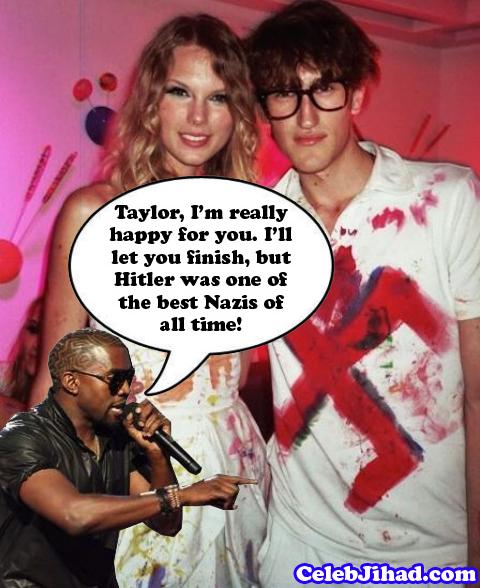 Taylor Swift gave a speech today to quell the controversy swirling around pictures of her partying with a guy in a giant swastika t-shirt. The following is the transcript from Taylor’s speech (or it may be Hitler’s speech to the Reichstag in 1939).

Europe will not have peace until the Jewish question has been disposed of. The world has sufficient capacity for settlement, but we must finally break away from the notion that a certain percentage of the Jewish people are intended, by our dear God, to be the parasitic beneficiary of the body, and of the productive work, of other peoples.

Unfortunately just as Swift was getting into her speech and banging the podium, rapper Kanye West interrupted her and grabbed the mic and said.

Kanye is such a bastard!