Kate Bosworth Is A Demon 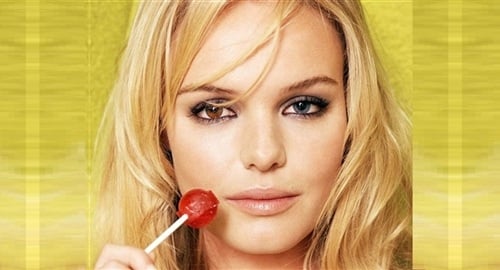 As you can see in the photo above, Kate Bosworth has different colored eyes which is the mark of the beast. Clearly Kate Bosworth is some sort of she-demon capable of reading minds and Allah only knows what other acts of sorcery.

In civilized countries like Yemen and Syria she would have been thrown into the fire as a child before she gained her full power. However, in the corrupt infidel West Kate Bosworth has been allowed to become a full grown demon who now threatens everything that is good in this world i.e. Islam.

The demon woman known as Kate Bosworth is extremely dangerous. Only the cleansing power of a mighty stoning can cure Kate of her possession. A fatwa should be issued at the evening prayers condemning this dangerous creature.