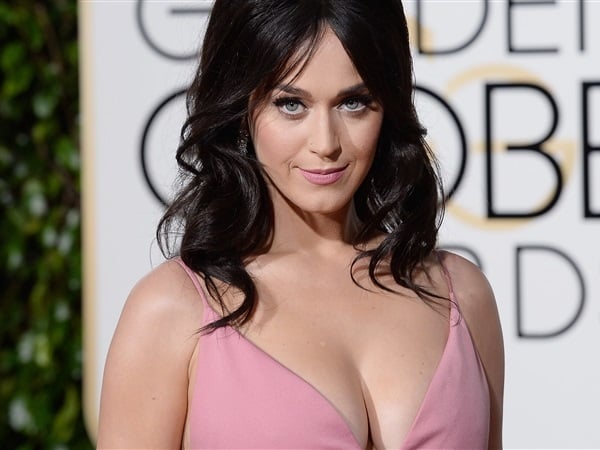 Katy Perry shows off her big hair and big boobs at the Golden Globe Awards in the extremely disappointing photos below.

Unfortunately these pics are not just disappointing because once again Katy Perry decided to flaunt her sinful breast meat, but rather because the IED my cousin, the famed hair stylist to the stars Masood Al Fabulosi, planted in her weave failed to detonate during the Golden Globes as planned.

I tried to tell Masood to go easy on the hair products as gel could clog up the detonator, but did he listen? No he was all, “Don’t stifle my creativity Durka I have to be true to my aesthetic”. Well now instead of heathen Hollywood being rocked by a righteous explosion with the remains of the self-congratulatory celebrities splattered all over the rubble, all we are left at accomplishing is making Katy Perry look stupid at a meaningless award show… And no one is even going to notice that because her gigantic titties are out flapping in the breeze! So frustrating! I need to go beat one of my wives to cool off.