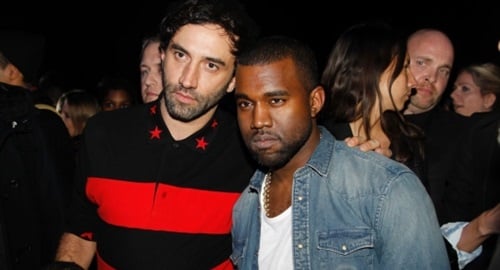 Kim Kardashian has reportedly confided in friends that she believes her baby’s daddy rapper Kanye West is a gay, and is cheating on her with a man.

Kim is extremely upset that Kanye West has spent the majority of her pregnancy living in Paris with his boyfriend, fashion designer Riccardo Tisci, and that Riccardo has just purchased an apartment next to Kanye’s in New York City.

To make matters worse, Kim Kardashian also finds Kanye’s relationship with Riccardo “unnatural”, telling a friend that “If Kanye was sleeping with a black man I’d understand, but to cheat with a greasy Italian… that is just an unforgivable betrayal that goes against everything I stand for!”