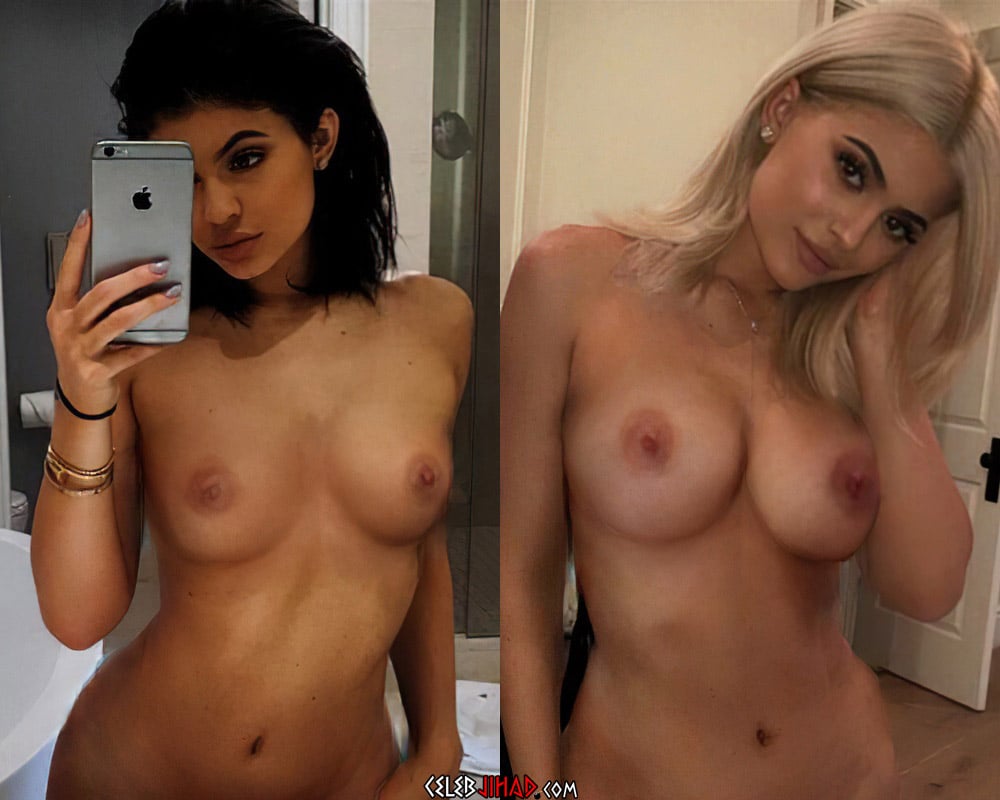 When comparing the nude selfie photos above, it is clear that the titties on 2021 model of the Kylie Jenner (on the right) are significantly bigger than what we saw on the 2019 version (on the left).

Clearly the engineering team behind the design of this year’s Kylie Jenner was willing to sacrifice some aerodynamics for a more robust top side, so it will be interesting to see what her performance is when out on the track on Sunset Blvd. 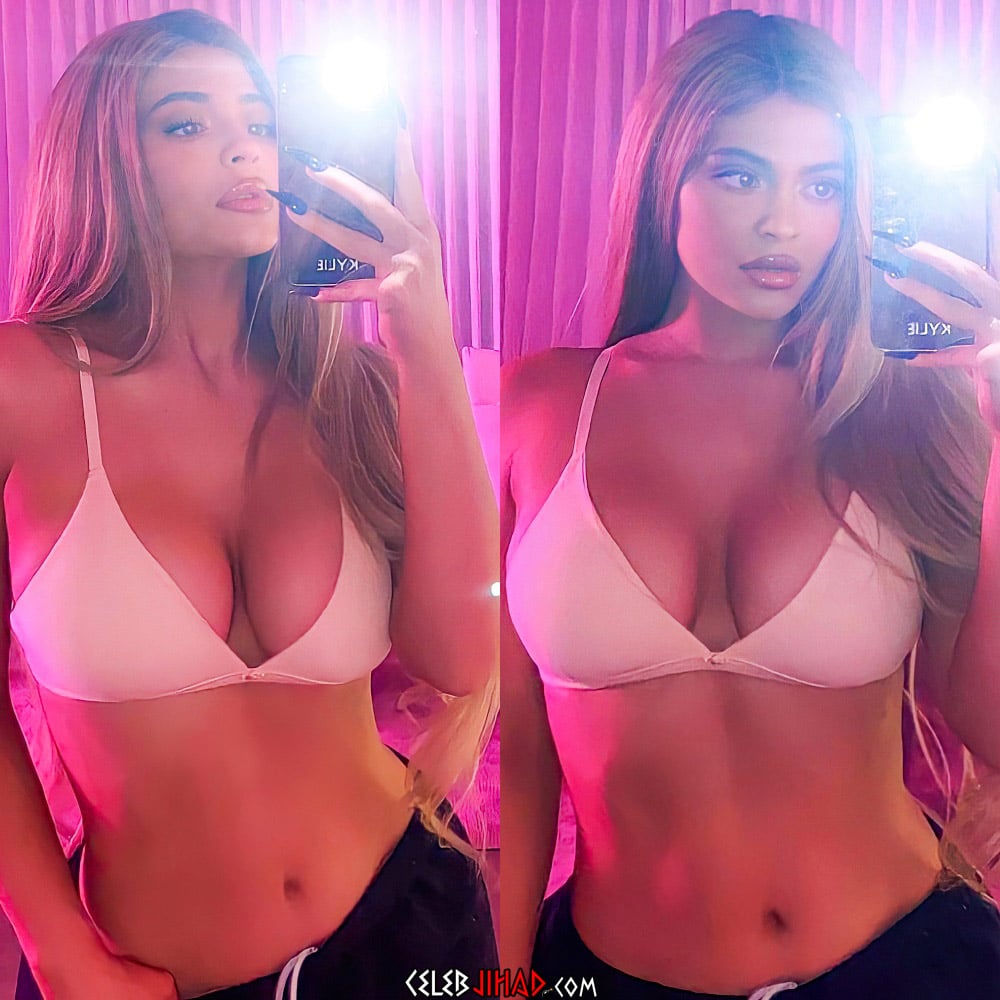 However, preliminary test results show that Kylie is currently running at an impressive 12 NNCPS (Nig Nog Cocks Per Second), which is only 2 NNCPS off her previous best. With a few small tweaks to the composites making up her frame (and maybe after adding a new tailfin) this bustier Kylie may just shatter half-sister Kim’s all-time Kardashian mudsharking record of 17 NNCPS (which has stood for nearly 10 years now).
Kylie Jenner Nude Selfie Comparison was last modified: April 16th, 2021 by Durka Durka Mohammed