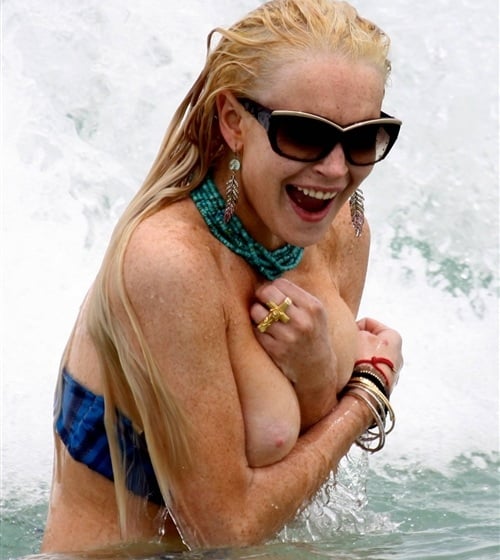 We here at Celeb Jihad had such high hopes for Lindsay Lohan once we learned that she converted to Islam, but unfortunately her salvation was short lived as she has now become a reborn Christian.

As you can see in the picture above, Linday Lohan celebrates her relapse into heathenism by showing her bare breast while wearing a large lower case “t” (which is the sign of the Jew God Jesus).

If it was ever in doubt that Christianity is a corrupt and amoral religion that turns women into filthy drug-addicted whores, then this picture of the reborn Lindsay Lohan should put those to rest.

Thanks to Lindsay Lohan flashing her tit, Islam has once again been proven to be the one true religion! Allahu Akbar!