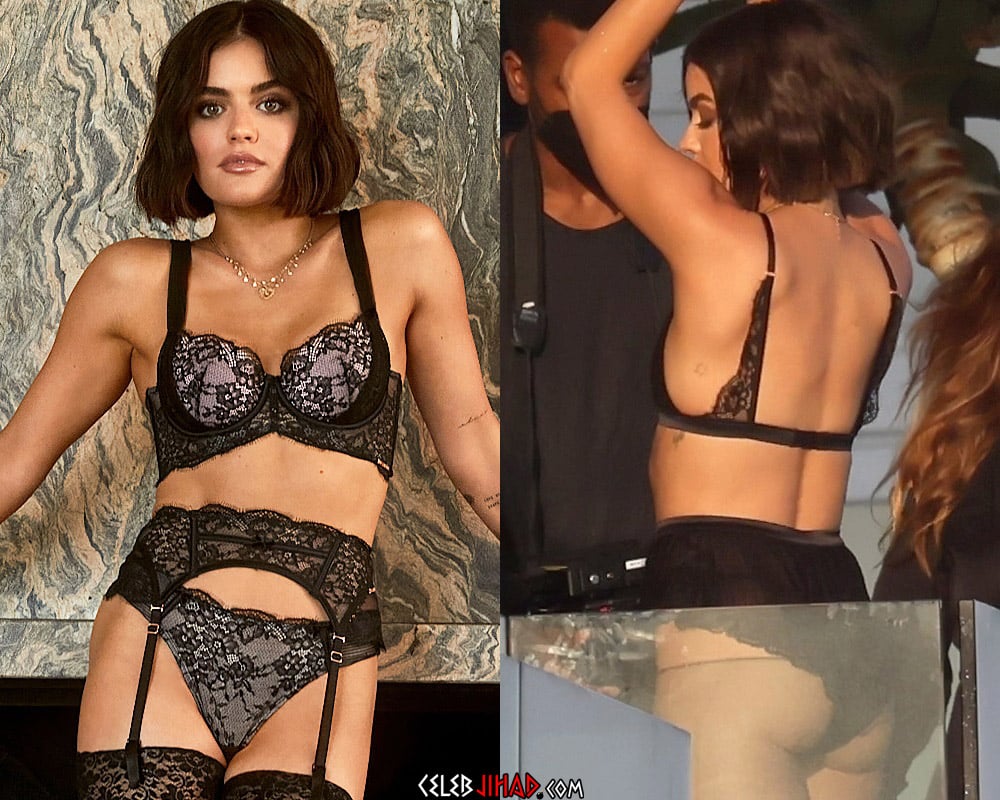 The gallery below features actress Lucy Hale participating in a lingerie photo shoot for the very first time.

B-list harlots like Lucy Hale whoring their bodies for lingerie companies has become a rapidly increasing trend in heathen Hollywood, as after COVID the acting roles have really started to dry up.

Of course even though this sort of sluttery is just one small step above starting an Only Fans, Lucy still pretends that what she is doing is not a form of prostitution but rather an “empower” expression of her femininity…

However, as you can see from the behind-the-scenes photos above of Lucy flaunting her ass on the set of this shoot, the only thing Lucy is “empowering” is lecherous djinns… Speaking of which, I wondered who sexually assaulted Lucy first the dirt skin photographer’s assistant or the smirking fat lesbodyke… My money would be on the lesbo, as the Sub-Saharan has lots of expensive camera equipment that he wants to steal distracting him.