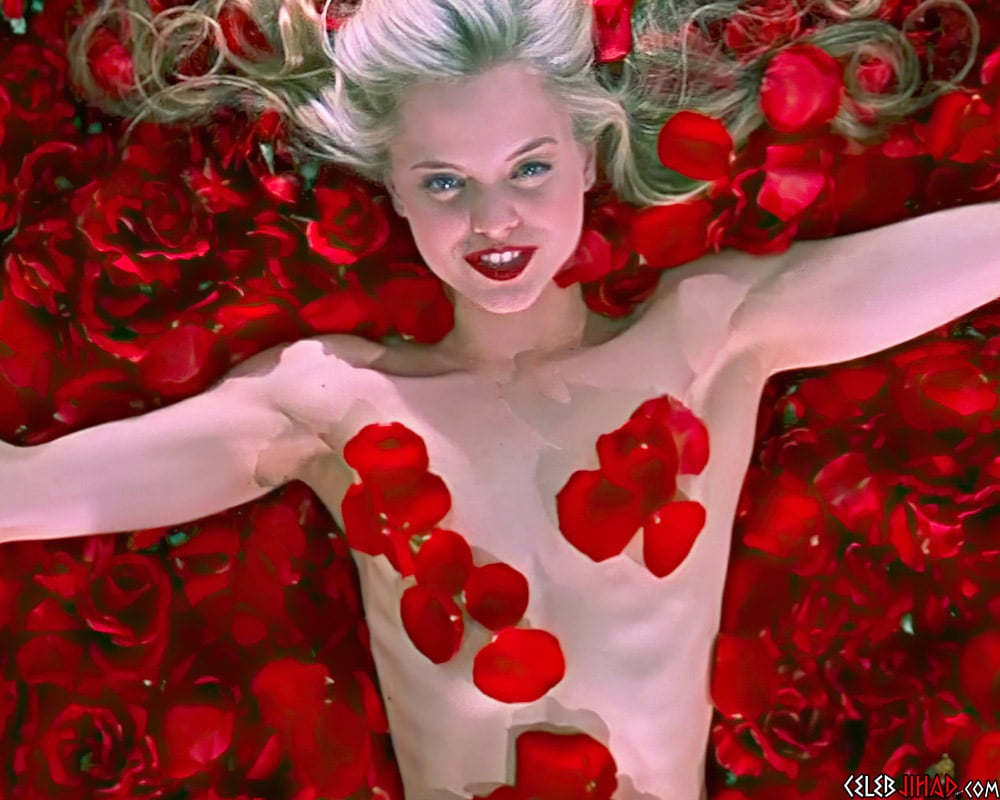 It is easy to see from this nude scene why Kevin Spacey won the “Best Actor” Oscar for his role in this film… For as us pious Muslim men can attest, it is certainly not easy pretending a girl in her late teens is a bacha bazi (dancing boy)… Even though Mena Suvari’s androgynous tiny titties do help.

Of course despite all the accolades from critics, Mena Suvari wasn’t able to do much with her career after this role, as she was last seen whoring her tight round ass as a stripper in some shitty film on the Lifetime network… Which just goes to show how limiting a fugly face can be for a woman when she refuses to wear the holy burka.
Mena Suvari Nude Scenes From “American Beauty” Remastered And Enhanced was last modified: May 21st, 2021 by Durka Durka Mohammed