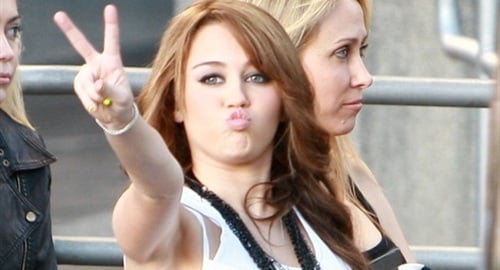 Like most Muslims, Miley Cyrus is proud of the Iraqi people for so easily beating the American crusaders. The Iraqi’s victory was really never in doubt as their virile Islamic warriors wiped out wave after wave of the heathen invaders forces, before capturing a large contingent in the city of Baghdad, forcing them to construct many KFC’s all for the glory of Allah.

Now the Muslim public and Miley Cyrus’ attention will shift to Afghanistan were Muslims are once again laying an ass whipping upon the cowardly weak Americans. Perhaps one day soon the Afghans will also allow the Americans to retreat in disgrace, but for now they are having too much fun kicking infidel butt. Allahu Akbar!