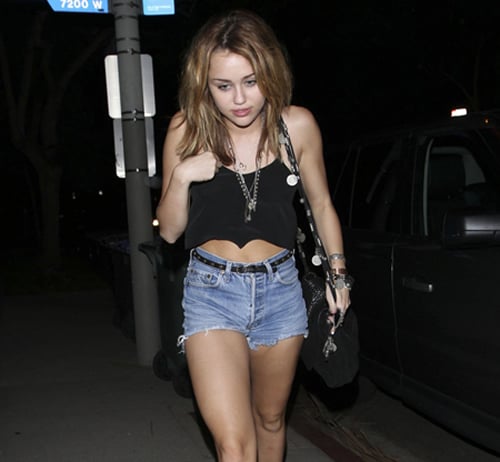 Just look at these disturbing photos of Miley Cyrus. It doesn’t take a doctor to tell that the girl is not well. But as loyal readers know, I myself spent over three months at the Riyadh College of Dentistry, so I have a keen medical eye. Based on my professional opinion, Allah has given Miley Cholera as punishment for dressing like a whore.

Aside from the pale skin and glazed-over eyes seen in this photo, Miley is most likely suffering from severe abdominal pain and profuse bouts of diarrhea. In fact, it would not surprise me if Miley was hunched over on a toilet right now, defecating a liquid sludge from her bowls as a sign of Allah’s wise and just punishments.

Praise be his name! Allah most merciful has taken a disease once confined to the third world and used it to strike fear into the heart of Zionist controlled Hollywood. I used to wonder why he allowed 8 of my 14 brothers and sisters to die from the Cholera, but now I see it was all part of the plan! Allahu Akbar!