Nick Jonas Picks Nose, But Does He Eat It? 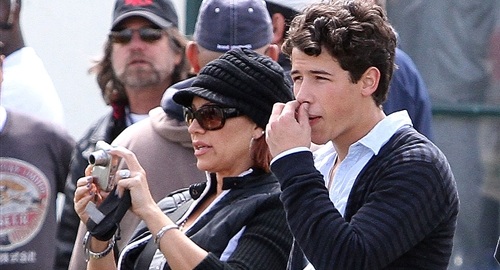 Nick Jonas was caught picking his nose on the set of the new Jonas Brothers movie “Balls Deep 4”.

As you can see from the picture above Nick Jonas was furiously digging for nose nuggets, but for what purpose? Was he going to wipe them on that lady with the camera next to him, or was he looking for a late afternoon snack to get him through the day?

No one can say for sure what Nick’s intentions were while digging around in his nostrils like a hungry raccoon rips through a garbage can, but what we can say for certain is that Nick Jonas is a vile ill-mannered boy who isn’t fit for decent society.