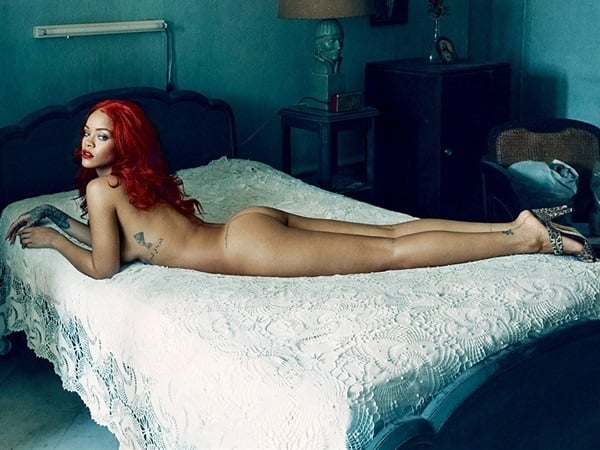 Rihanna shows her bare ass in the photo above from the new issue of Vanity Fair Magazine. After showing her booty Rihanna then tells the magazine that she is misunderstood, and that despite all the evidence to the contrary, she does not just have anonymous sex with scores of strange men and women.

Following Rihanna’s lead British pop star Ellie Goulding shows her tits in Rollercoaster Magazine in the photo below, while explaining that she too is misunderstood, and that she is actually quite selective of the numerous men that she allows to pillage her stink holes. 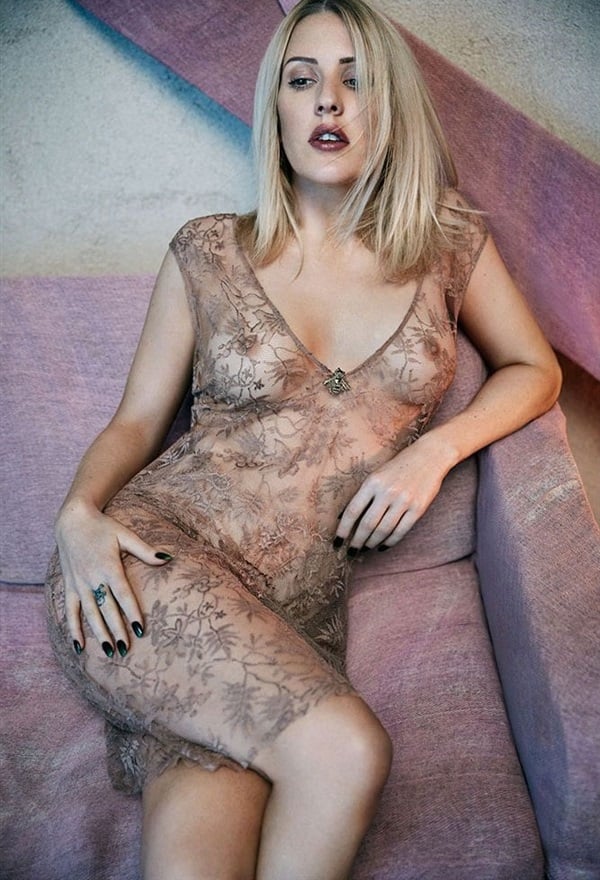 Only in the hopelessly depraved West could brazen harlots like Rihanna and Ellie Goulding get away with the hypocrisy of displaying their nude sex organs while decrying how they are unfairly viewed as loose women.

What is next? Is Miley Cyrus going to do an interview with Rolling Stone Magazine in which she is spit roasted by two crackheads, while claiming that she is actually the type of girl you’d want to bring home to mom?