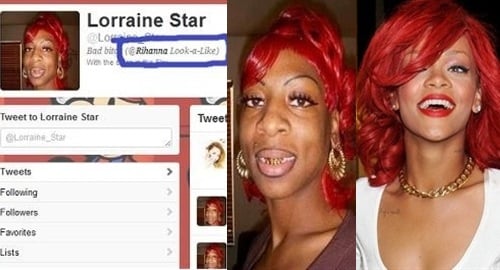 As you can see in the photo above, a woman by the name of Lorraine Star describes herself as a “Bad b*tch” and “Rihanna Look-a-Like”. However, after careful analysis of Lorraine’s photo, scientists at Celeb Jihad labs in Tehran have determined that there is no conceivable way for 2 women to look this much alike without being identical twins.