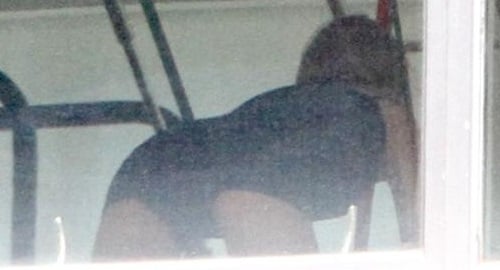 Pop star Taylor Swift was photographed in a gym in New York taking part in the latest fitness craze sweeping the US known as “SlutFit”.

SlutFit routines incorporate high-intensity interval training of whorish movements to provide functional training for real world situations sluts like Taylor Swift may find themselves in. For instance SlutFit uses such highly effective functionally movements as “the jerk and clean”, “cocking pull-ups”, “box humps”, and of course the “snatch”.

In the photos below Taylor Swift appears to be doing “bend and take its” (for time). This workout is something that SlutFit borrowed from another popular infidel fitness trend that caters exclusively to transsexual homoqueers called “CrossFit”.