Former Disney star Vanessa Hudgens does the WAP dance TikTok challenge in the video below.

When Vanessa is not flailing around like a floozie on TikTok, she has spent her summer slutting it up in bikinis… 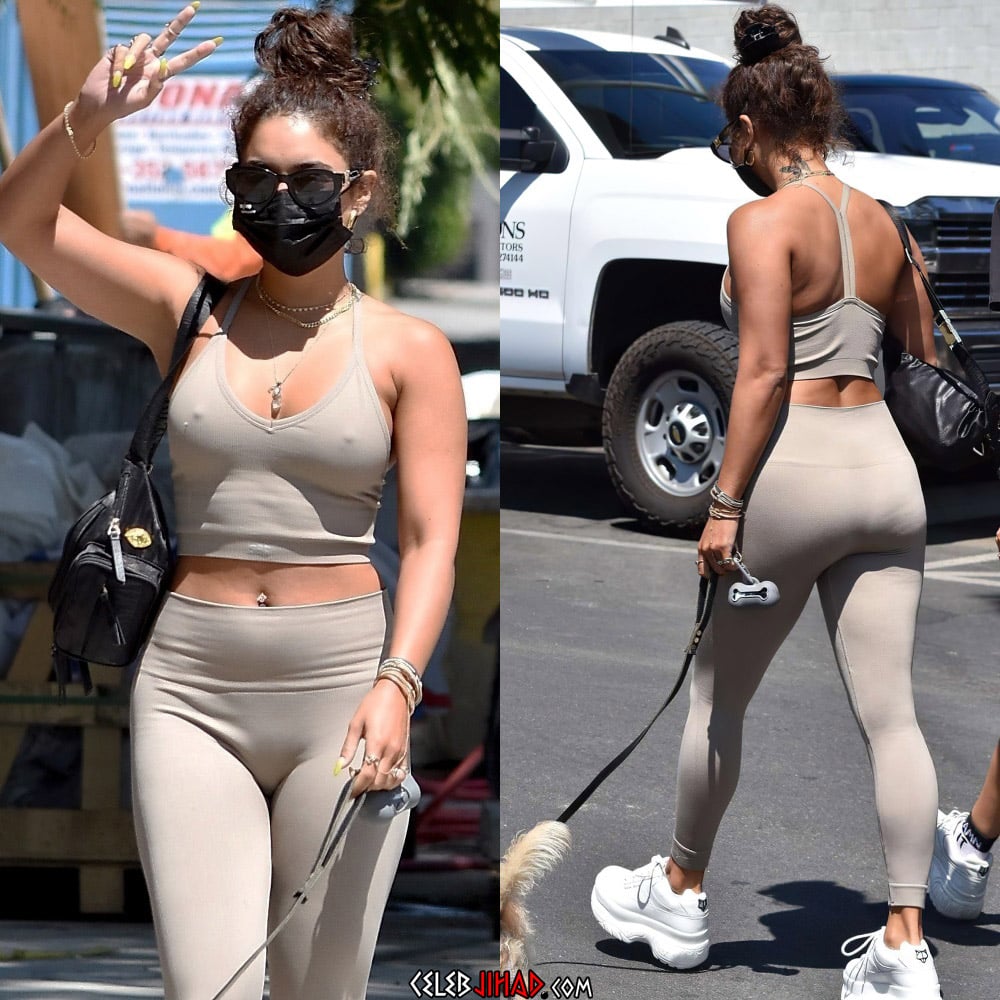 However as you can see in the photos above, Vanessa’s blasphemously brazen behavior is not tied exclusively to swimwear, as she also prostitutes her rock hard nipple pokies and tight round posterior in spandex while out walking the streets of LA.
Speaking of Vanessa in spandex, it all ties back in together nicely as she trains her salacious dance moves while wearing tights at the gym… As you can see from the video clip above of her performing inverted wall twerks with a resistance band… Truly a functional strength training workout for a complete degenerate like Vanessa.
Vanessa Hudgens Does The WAP Dance TikTok Challenge was last modified: August 31st, 2020 by Durka Durka Mohammed