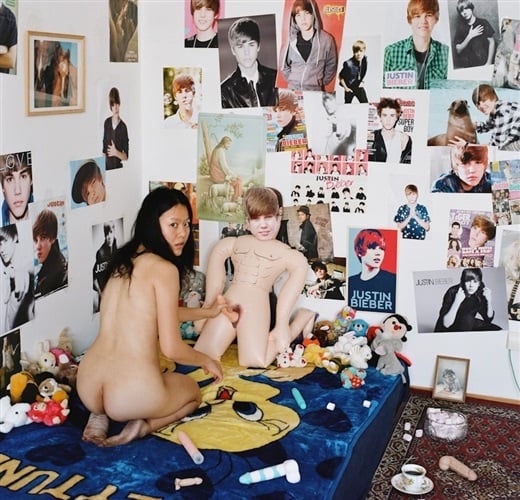 Despite completely lacking any musical talent, Yoko Ono changed the course of music history when she destroyed The Beatles. Now according to the photo above, the wife of the late John Lennon has apparently set her sights on pop star Justin Bieber.

Yoko Ono’s attraction to Justin Bieber make sense as he too is a 5’2 110lbs tone deaf self-important bitch, who despite having no talent has had a major influence on music.

Hopefully Justin will accept Yoko as his muse, so that she can do for his music career what she did to John Lennon’s… which is to say make it disappear.